French chateau for sale in Arbois 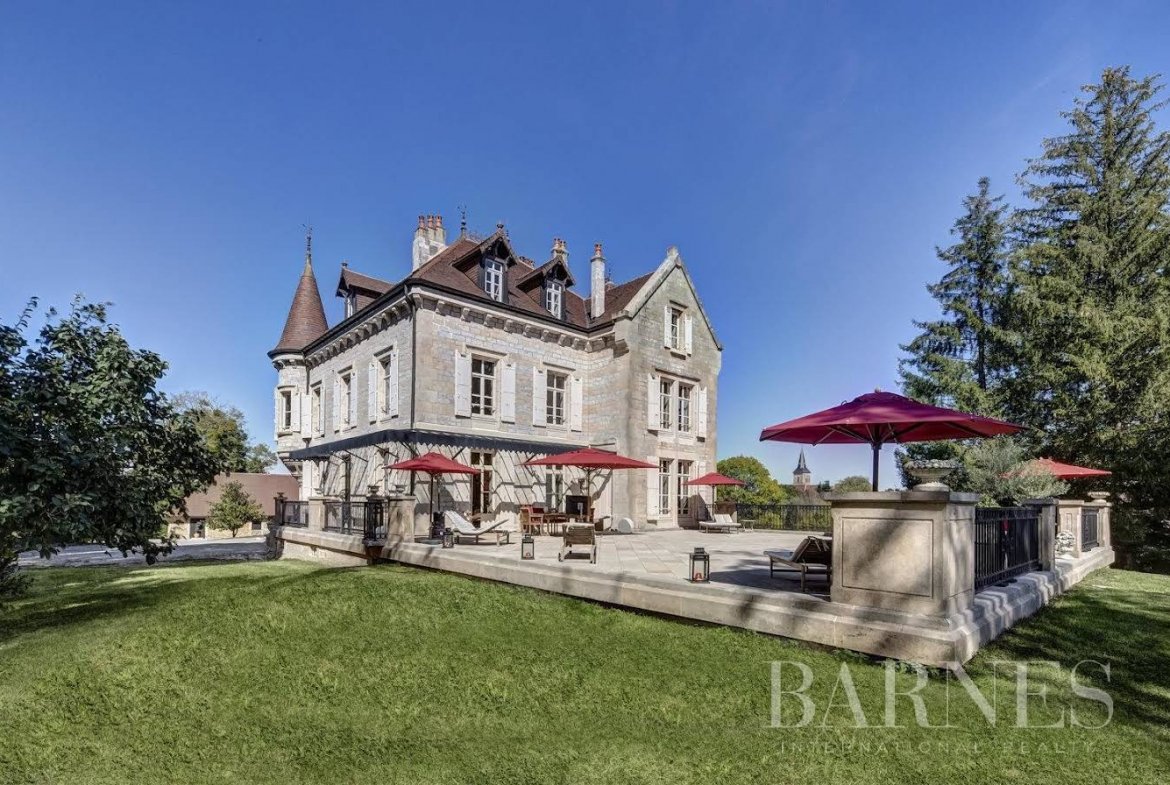 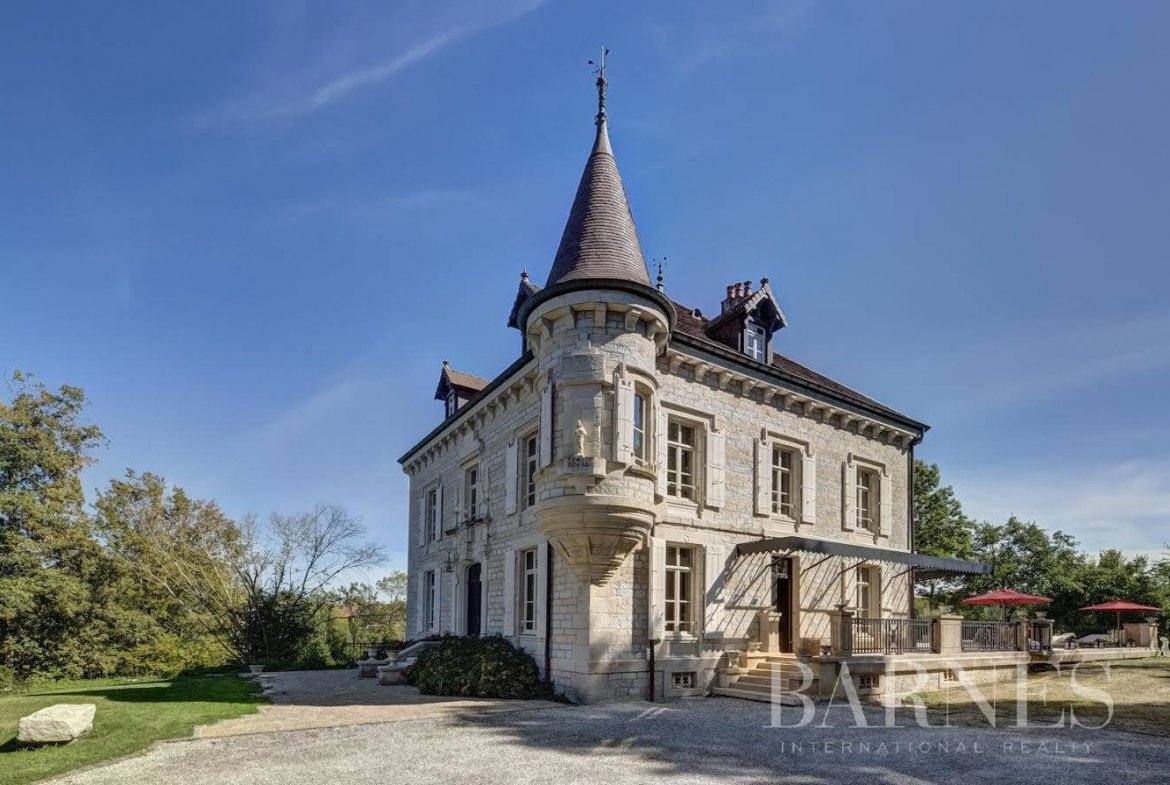 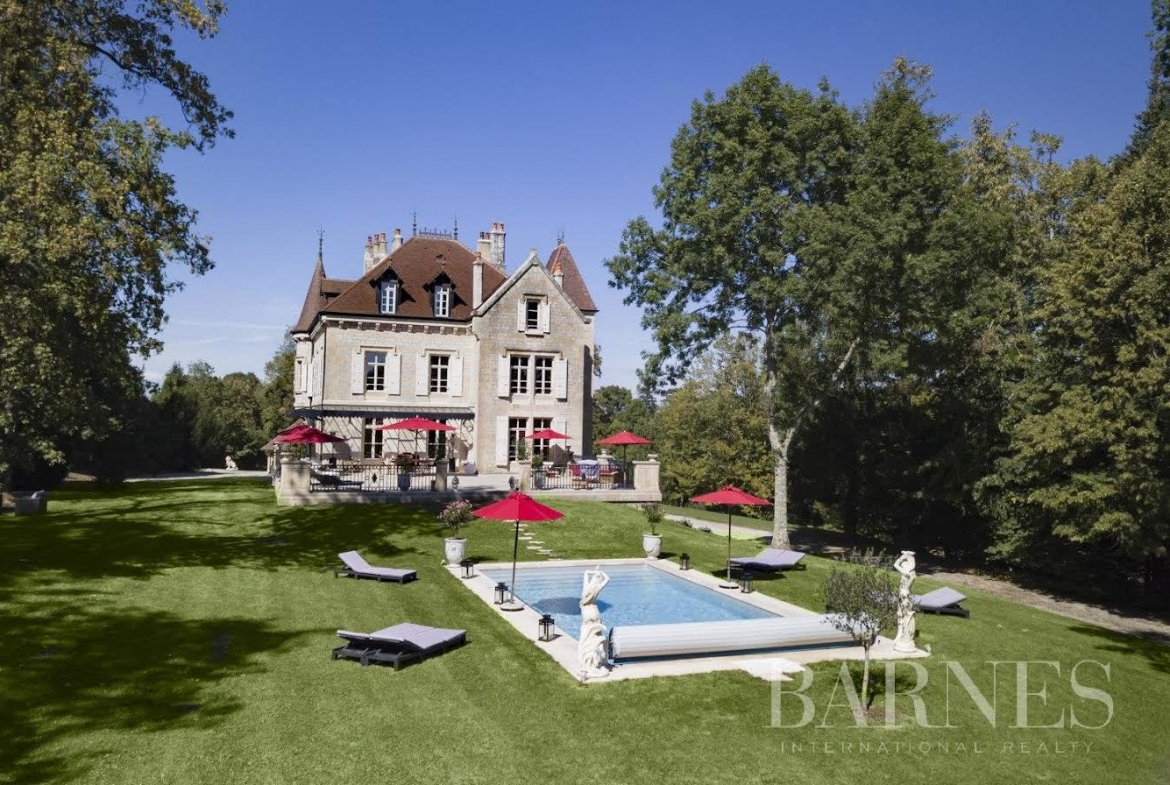 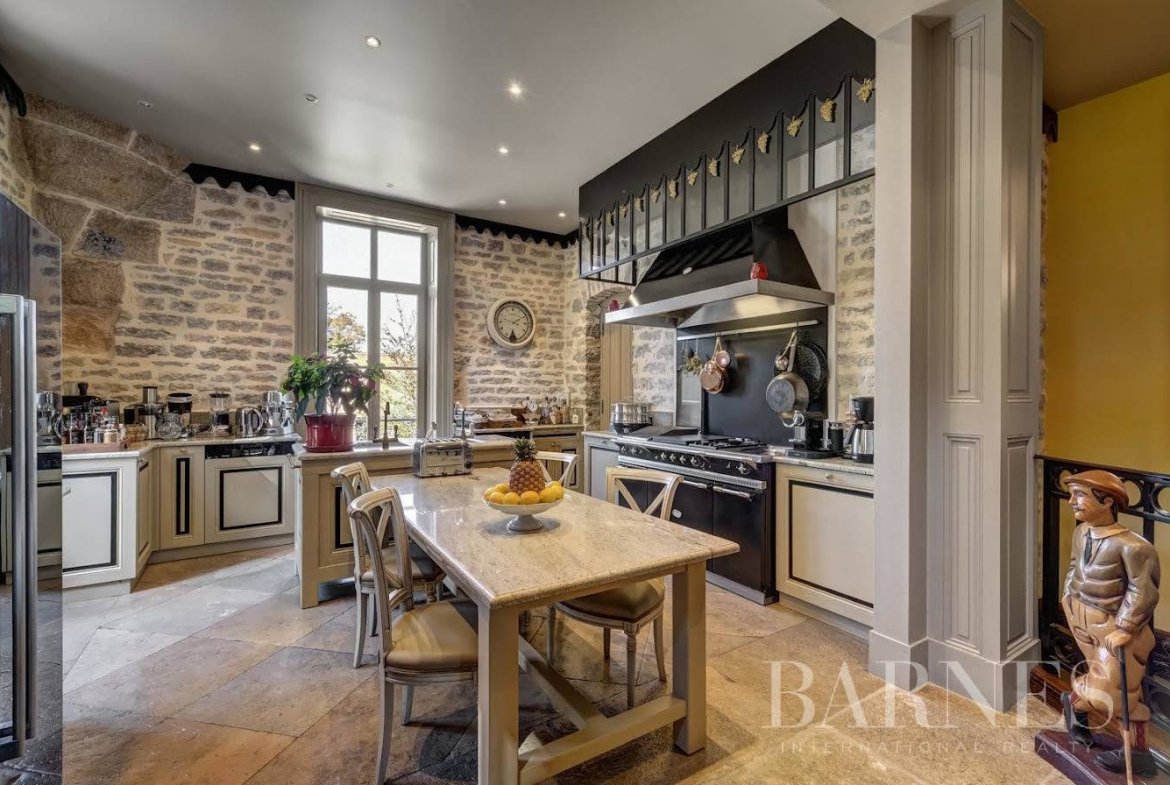 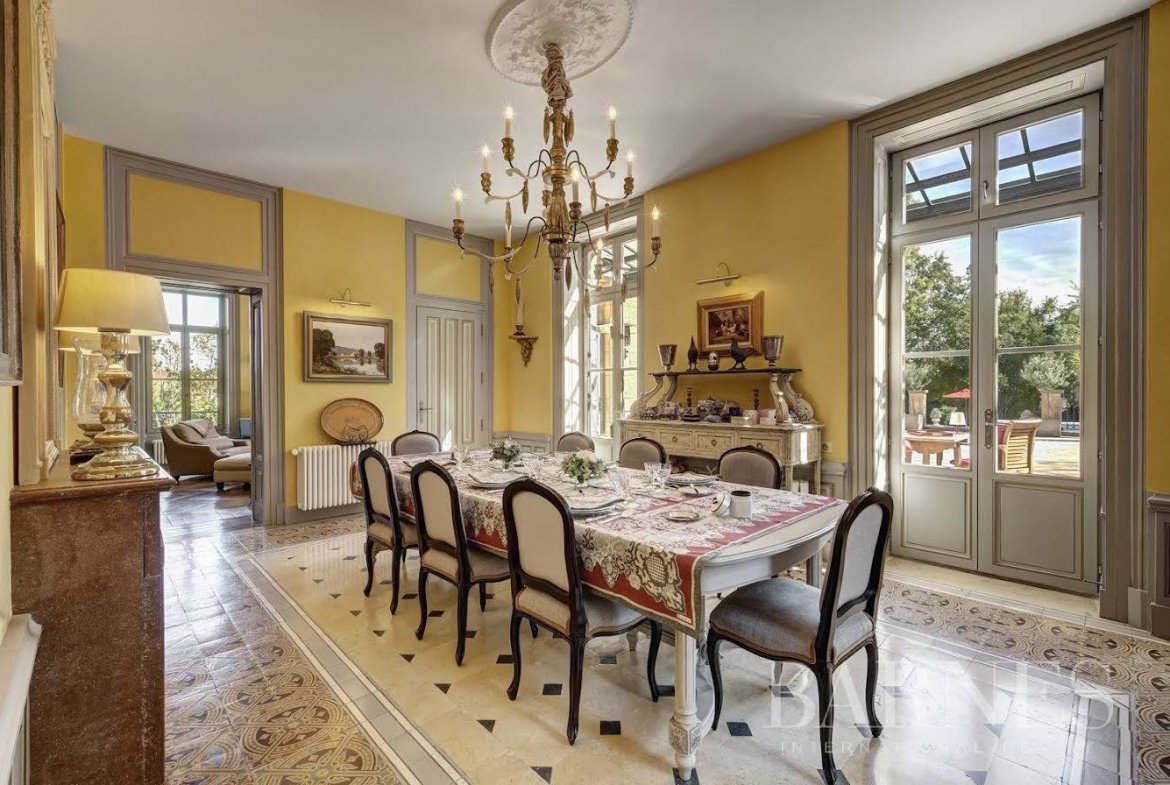 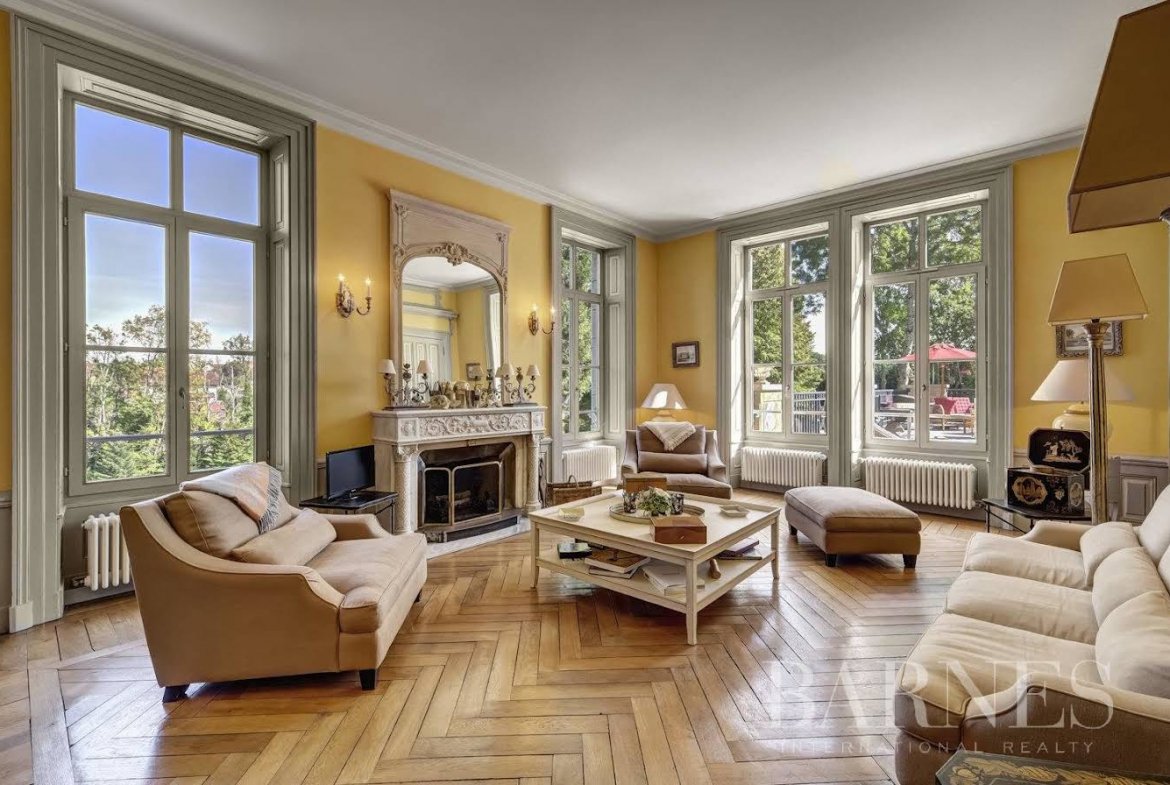 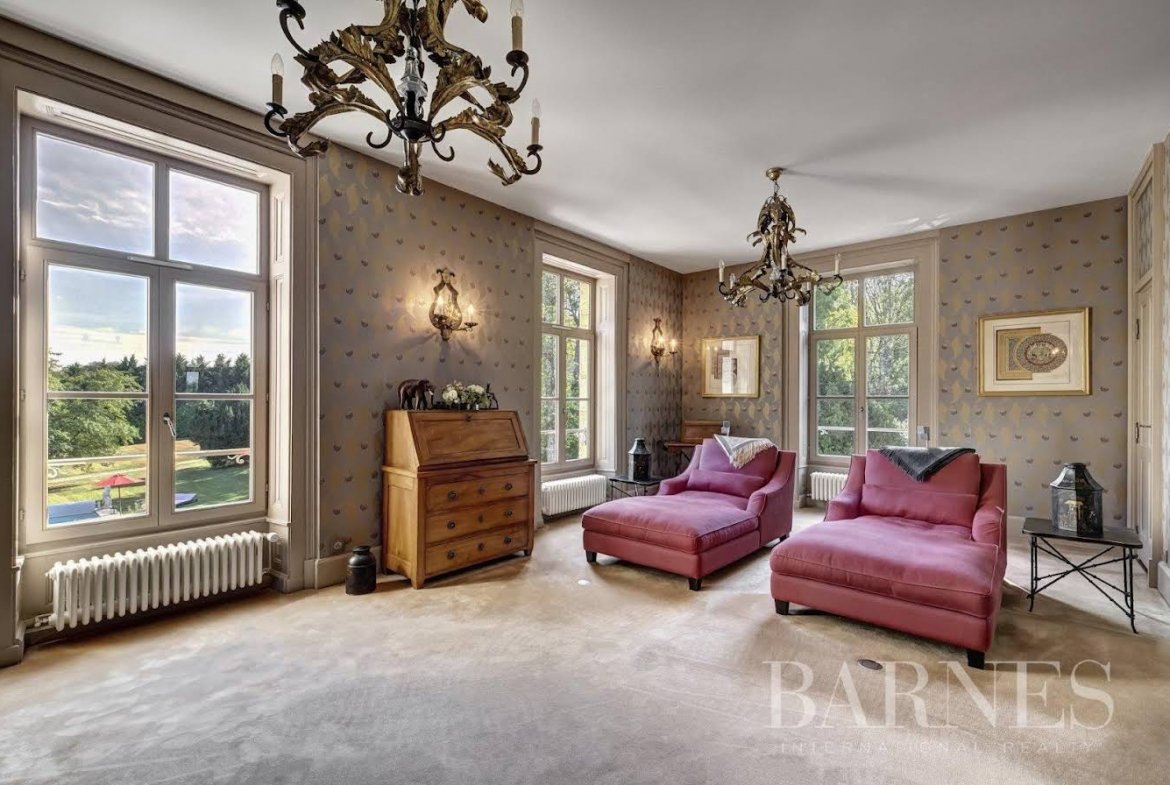 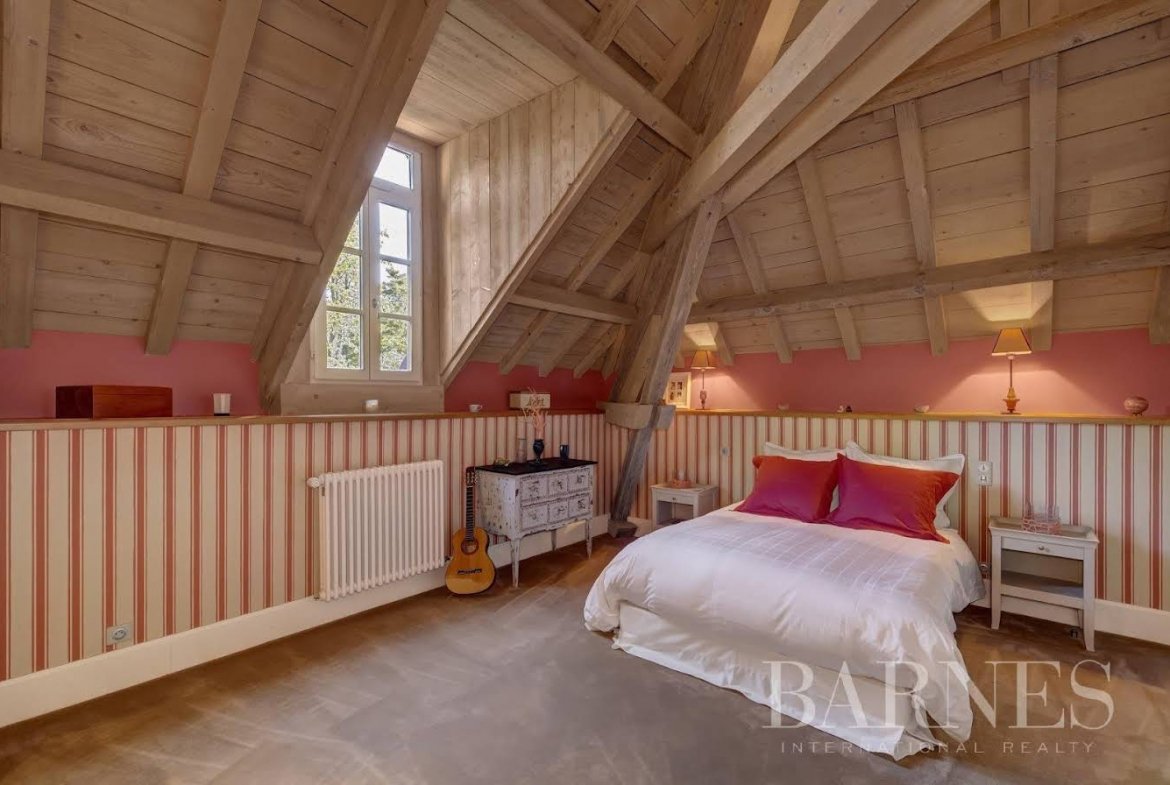 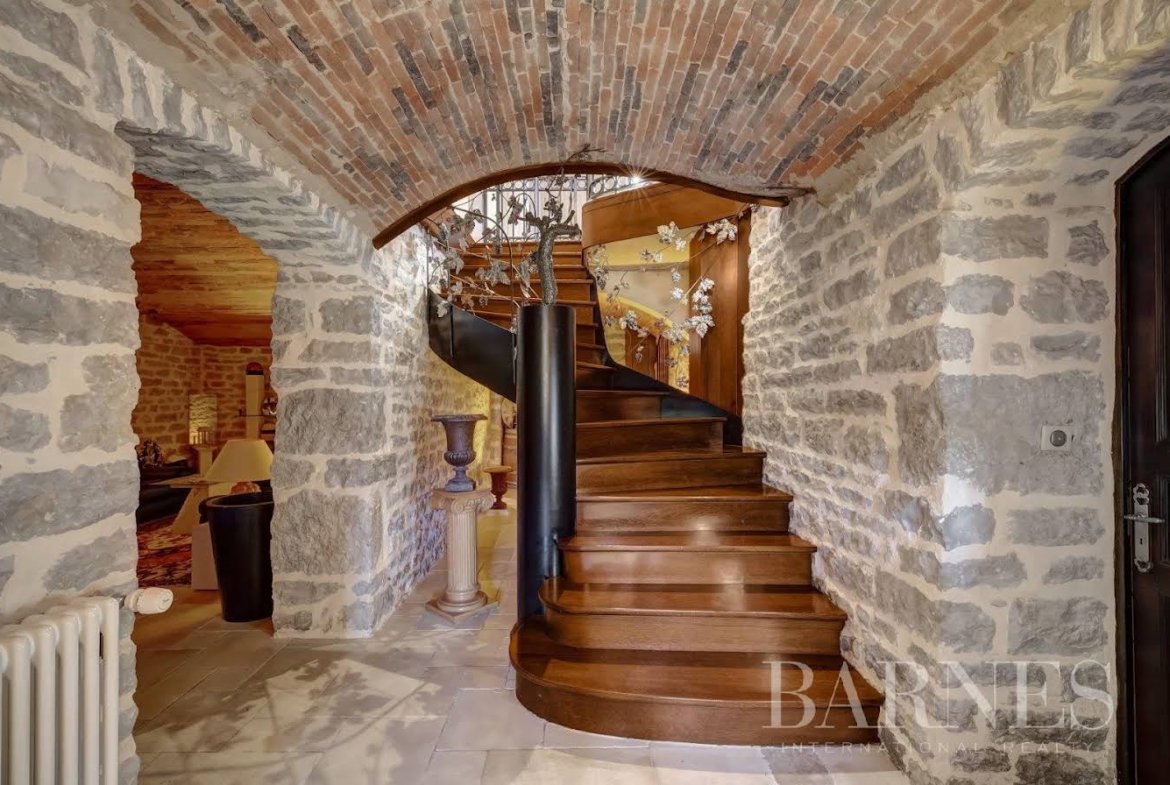 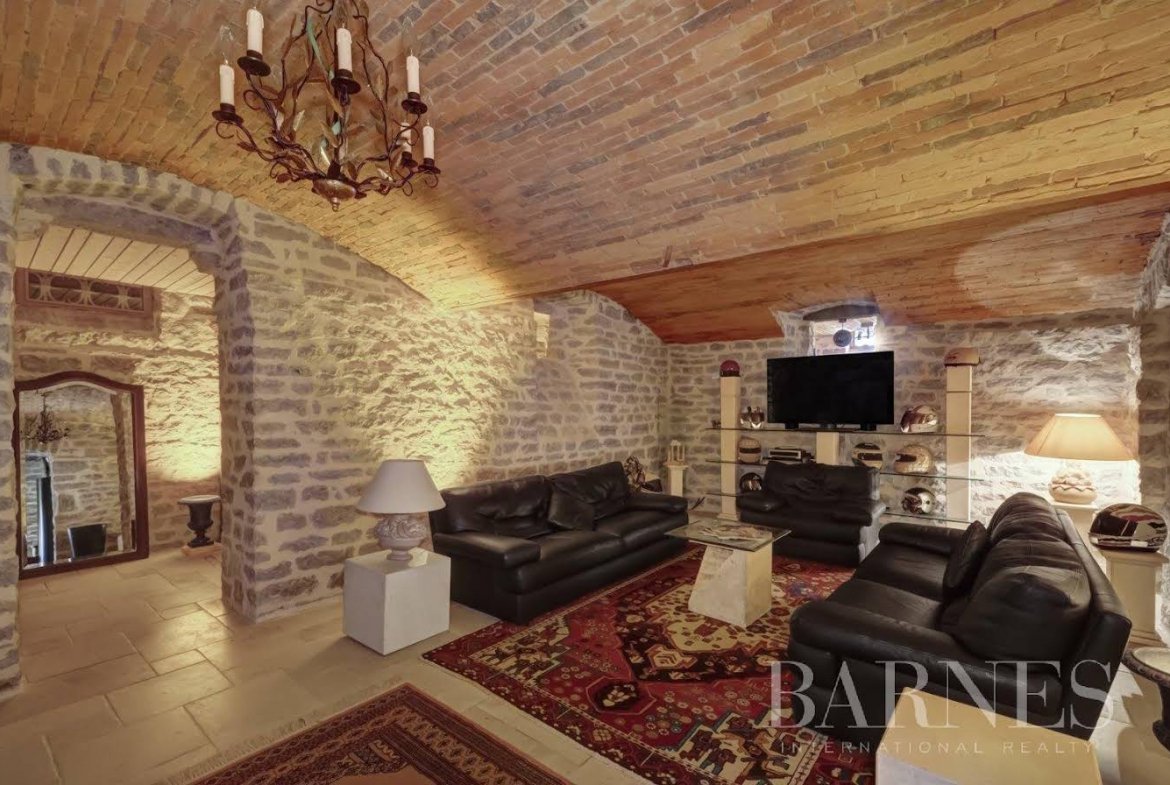 Come and take a look at this gorgeous chateau that will take your breath away with its beauty! It’s located 1h30 from Lausanne and 2 hours from Paris by TGV (Lyria).

The castle offers 746 m2 of living space and is composed of 4 levels and 11 rooms in total – 2 kitchens, a dining room, 3 living rooms, 5 bedrooms including 4 bedrooms with private bathroom and a suite with living room, bathroom, and dressing room, and a sunny terrace. It also has a games room, an office, a cellar, a heated garage of more than 150 m2, a workshop, a boiler room, and a laundry room.

Outside, in a private and fully enclosed park of nearly 2.45 hectares, you’ll find a heated swimming pool and its independent thatched cottage. Don’t miss out on this stunning property which is perfect for both family home and hotel business!

Arbois, in the heart of France’s Jura region, is a picturesque town in one of the most scenic areas of France. It is an ancient place with a long and rich history that goes back to Roman times. The town itself has been beautifully preserved and it has all the elements for a perfect holiday getaway – from bakeries to restaurants, from cheese shops to hotels. You can visit vineyards or just take long walks around the beautiful countryside taking in breathtaking views while tasting world-famous wine.

Arbois was founded by Duke Antoine III de Lorraine on November 20th, 1539 when he moved his court there from Lille after having been forced out due to religious wars between Catholics and Protestants that were going on at the time throughout France. He named it for himself as ‘the Duchy’. Because this area is so small most simply call it “la ville” or town. It became known locally even before its official founding because many nobles and rich people already had summer homes there, and it became popular with the wealthy of France for its chateaux.

Things to do in Arbois:

A number of things are available to do in Arbois, including visiting museums and checking out local markets. One popular activity that visitors enjoy doing when they travel to this region is wine tasting at one or more of the many vineyards along the hillside. There are several types which have been grown in these areas for over two hundred years, with each having its own unique taste profile – therefore, there’s something for everyone.

You can also hike from Arbois to Abbaye de Saint Michel. The hike is difficult but the views are worth it! From this point, you can see all of Jura and its mountains. It’s incredible how close they look when in reality, most of them are over 100 km away.

The sixteenth-century church Notre Dame de l’Assomption was constructed on top of an older Romanesque chapel that was destroyed by fire at one point during its long history. The red brick facade looks very different than other churches because it does not have any statues or decorations attached to it. This makes for interesting photographs since almost all French cathedrals are decorated with stone carvings and sculptures throughout their exterior walls. 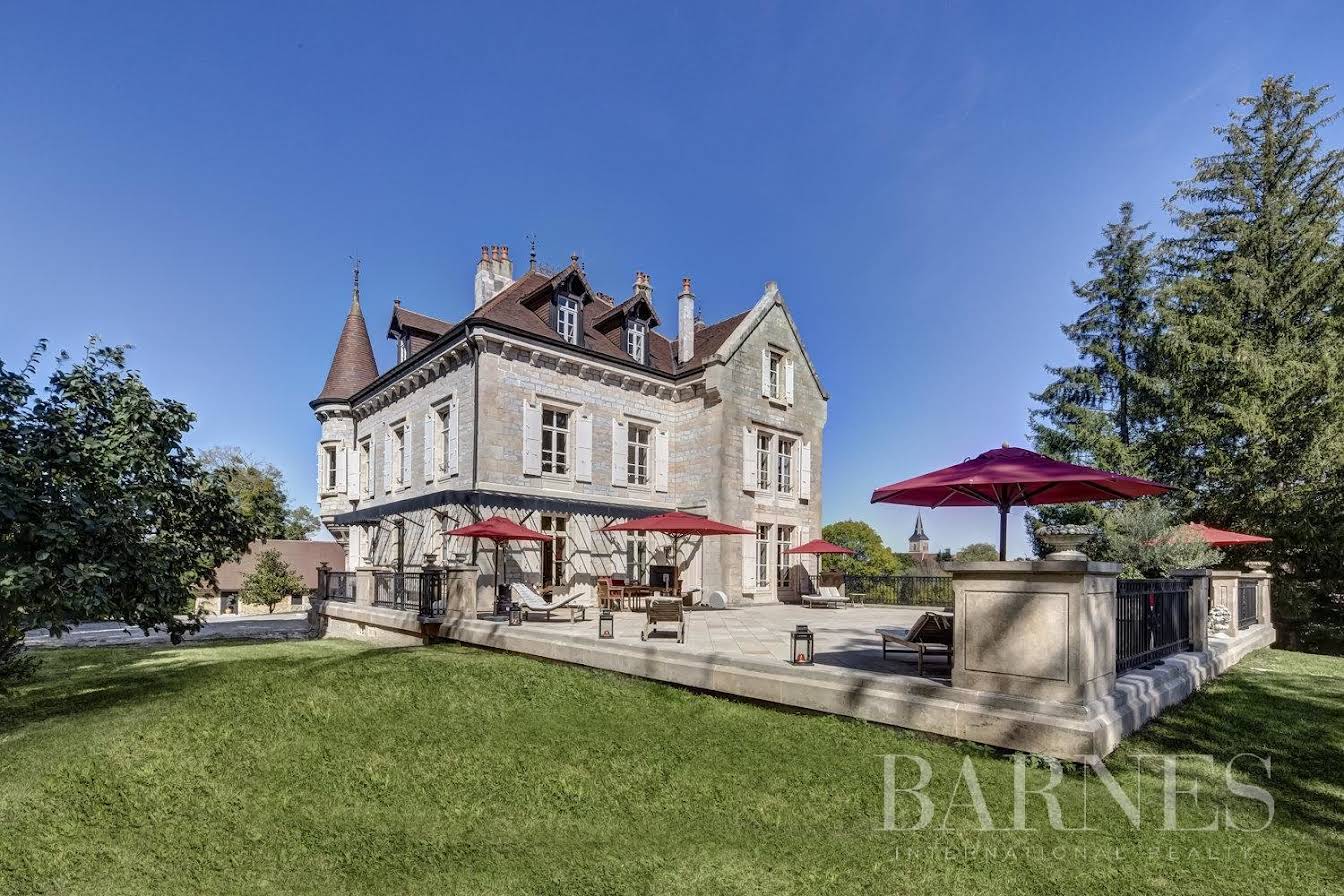 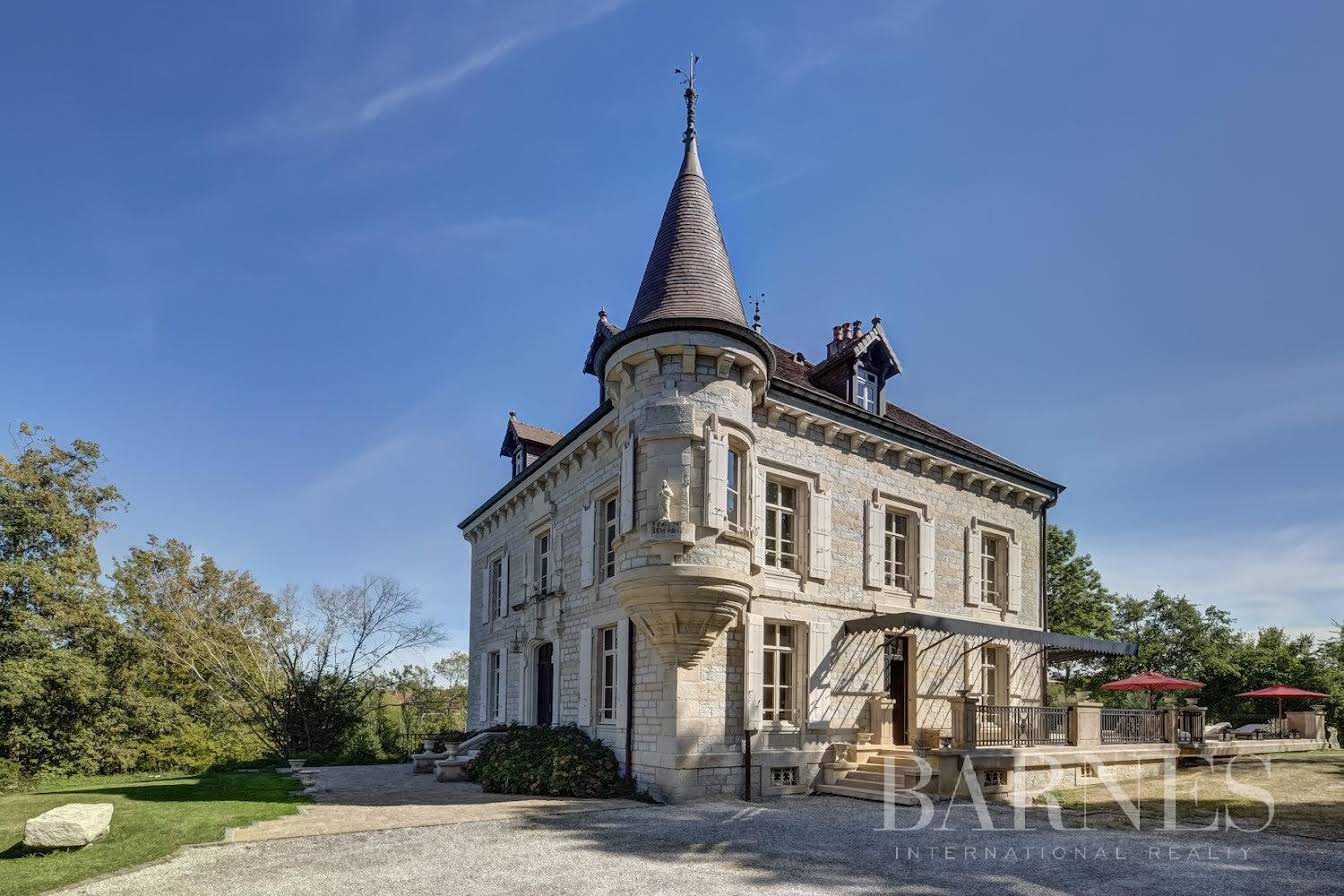 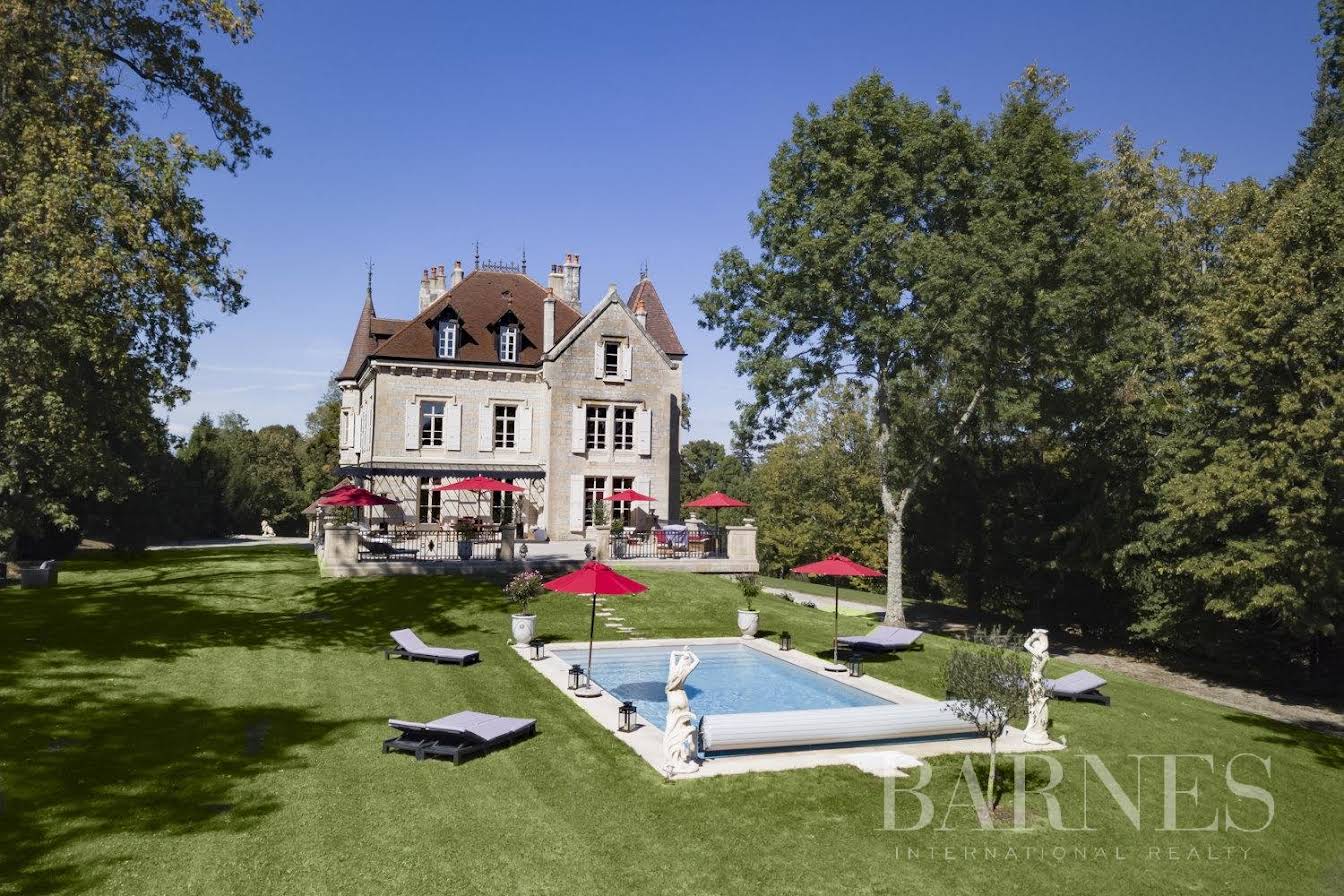 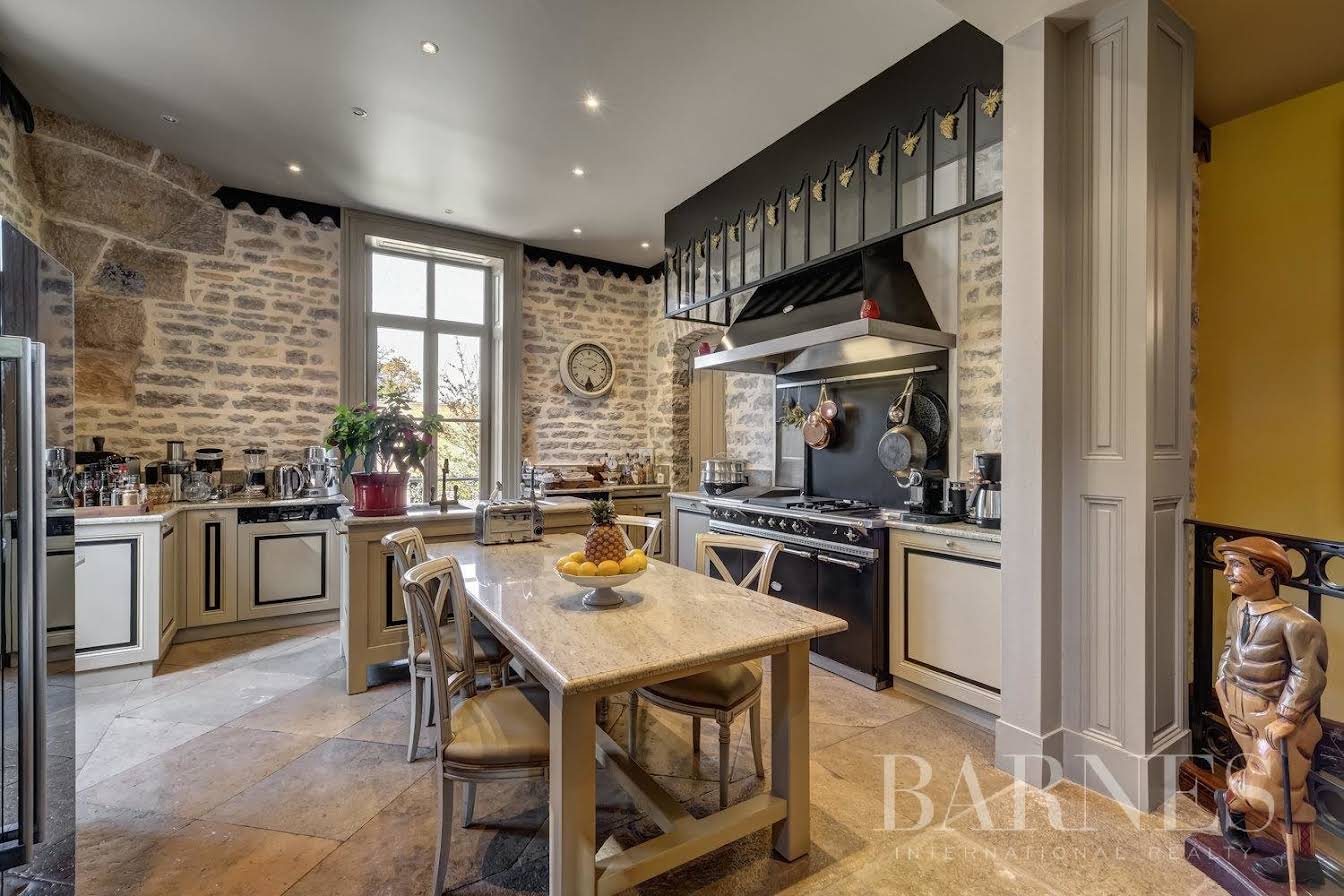 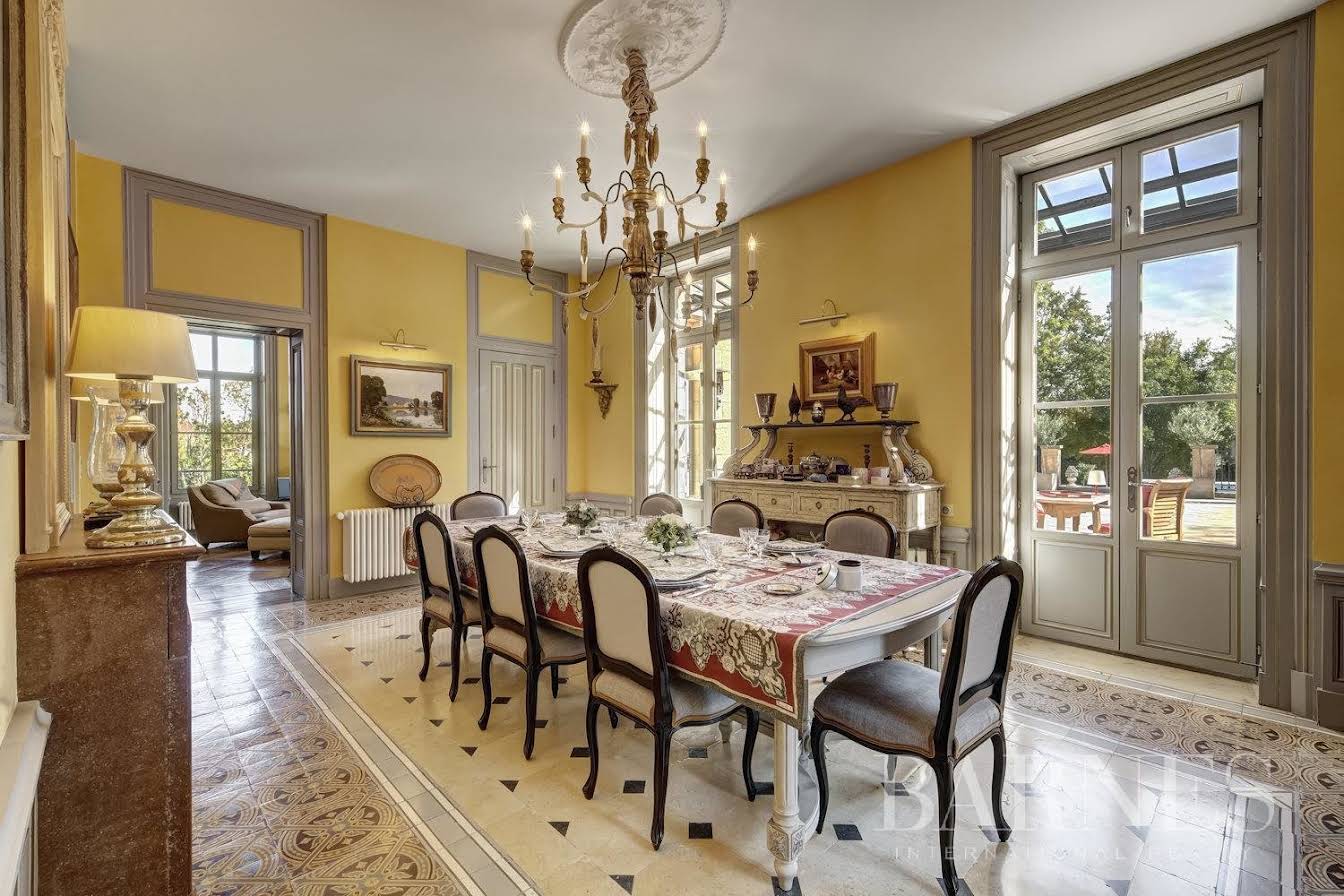 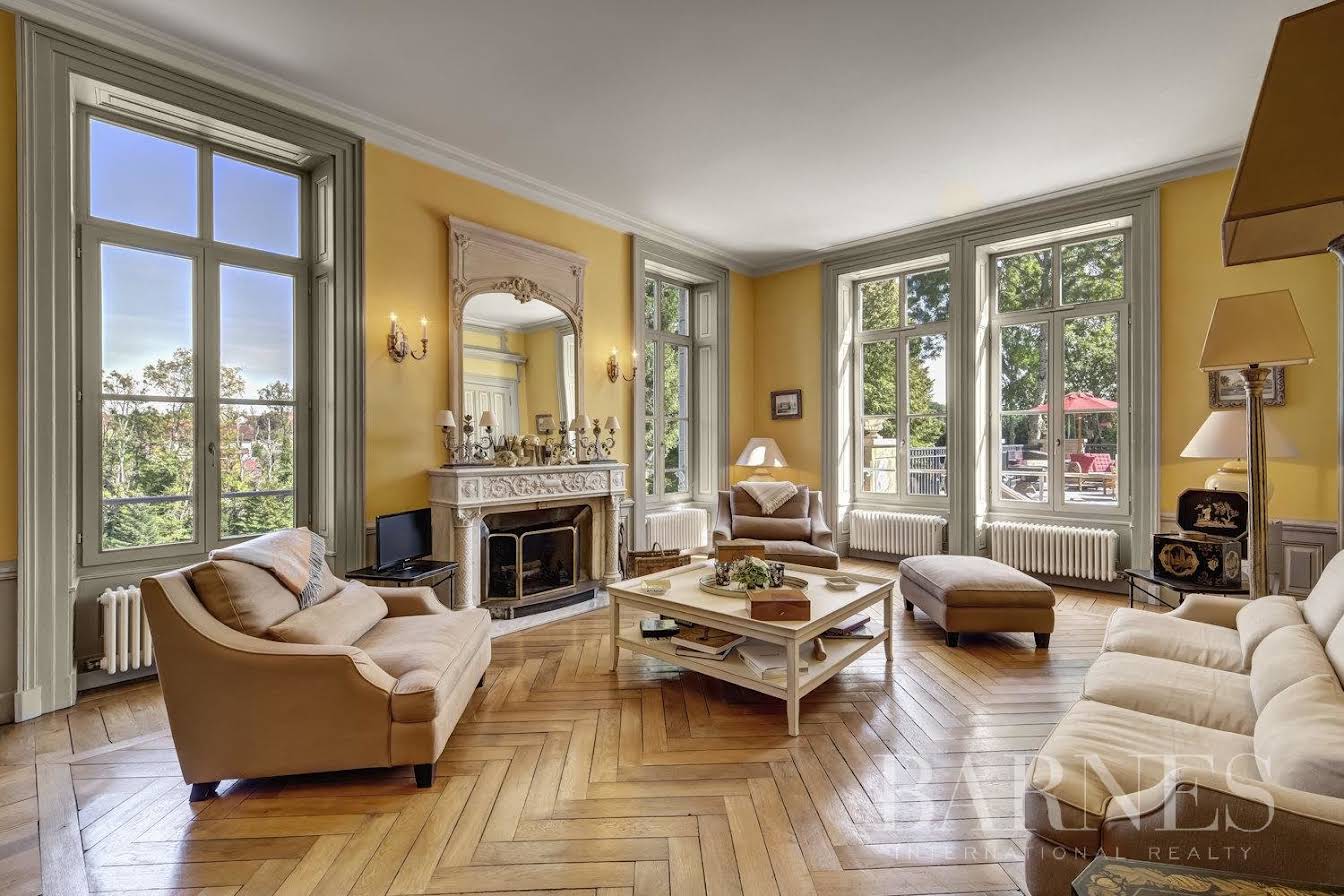 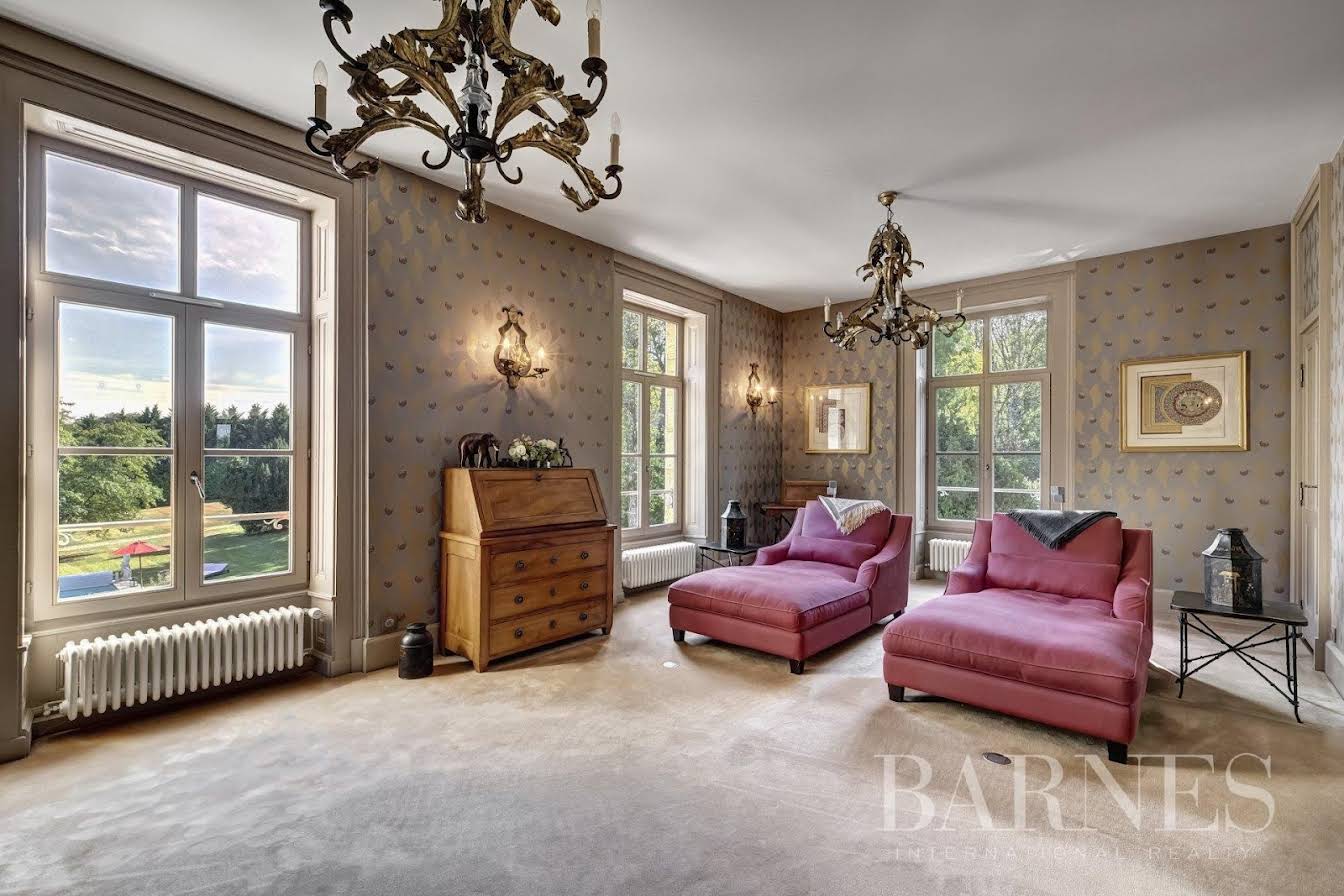 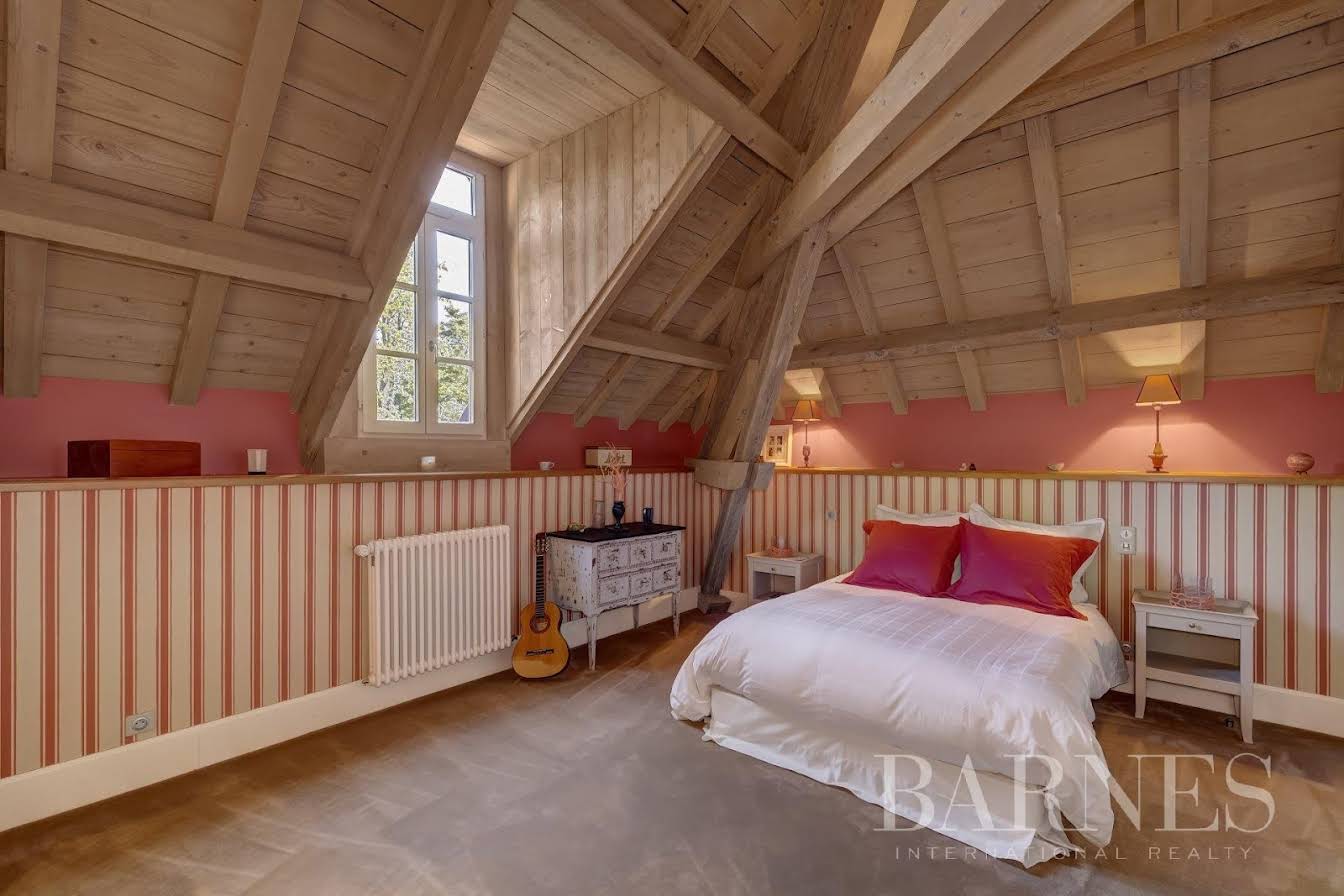 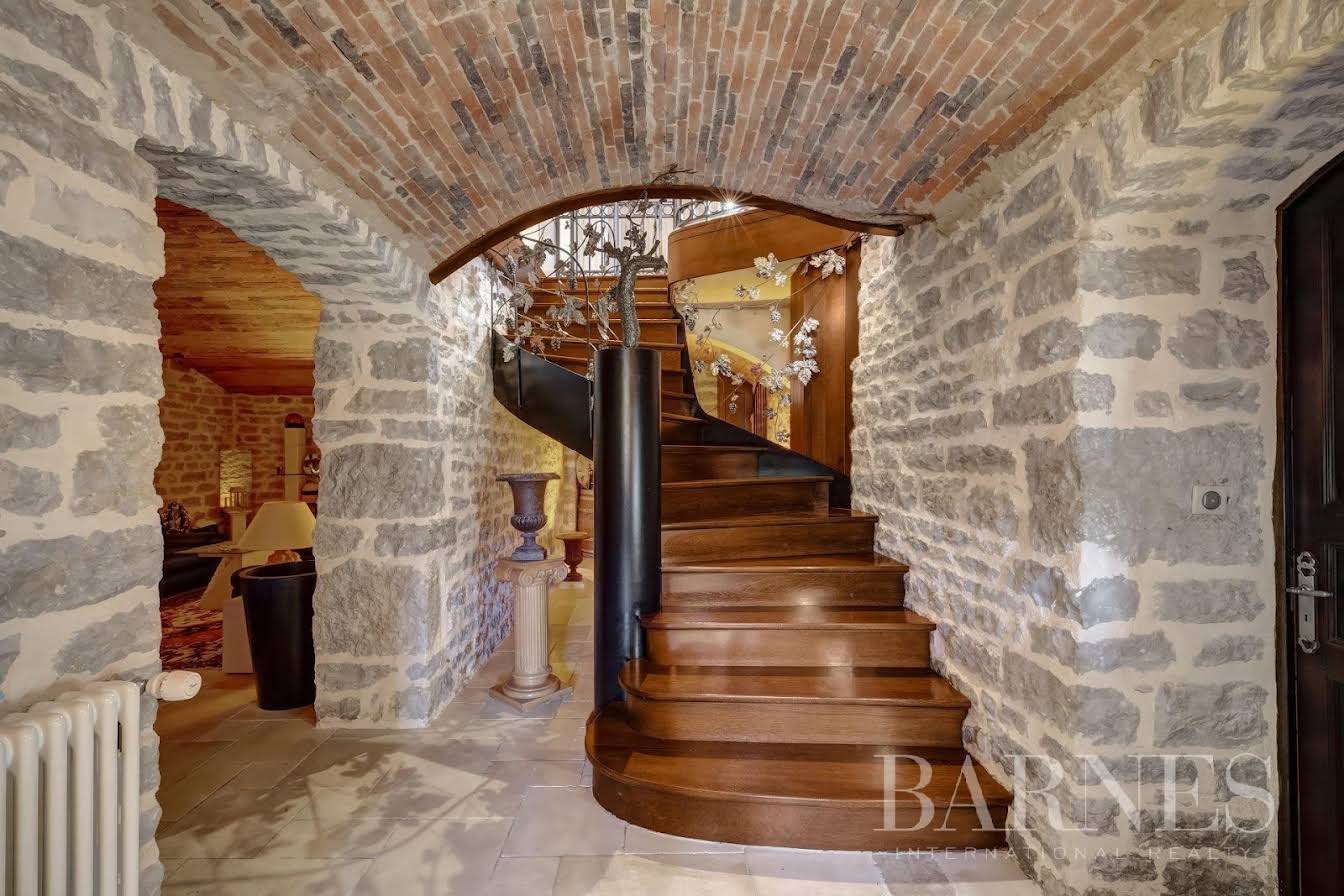 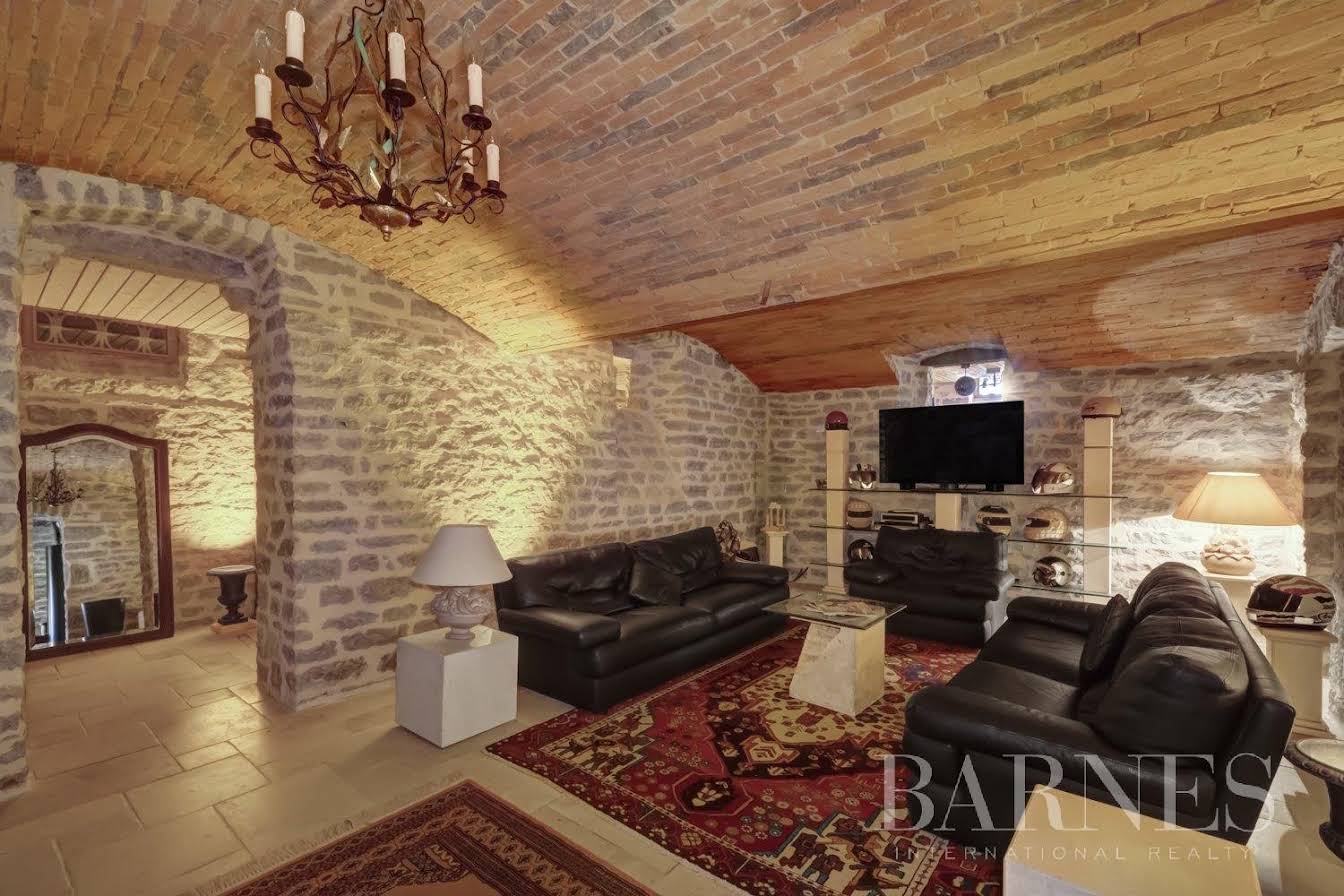