Chateau for sale on North-East France 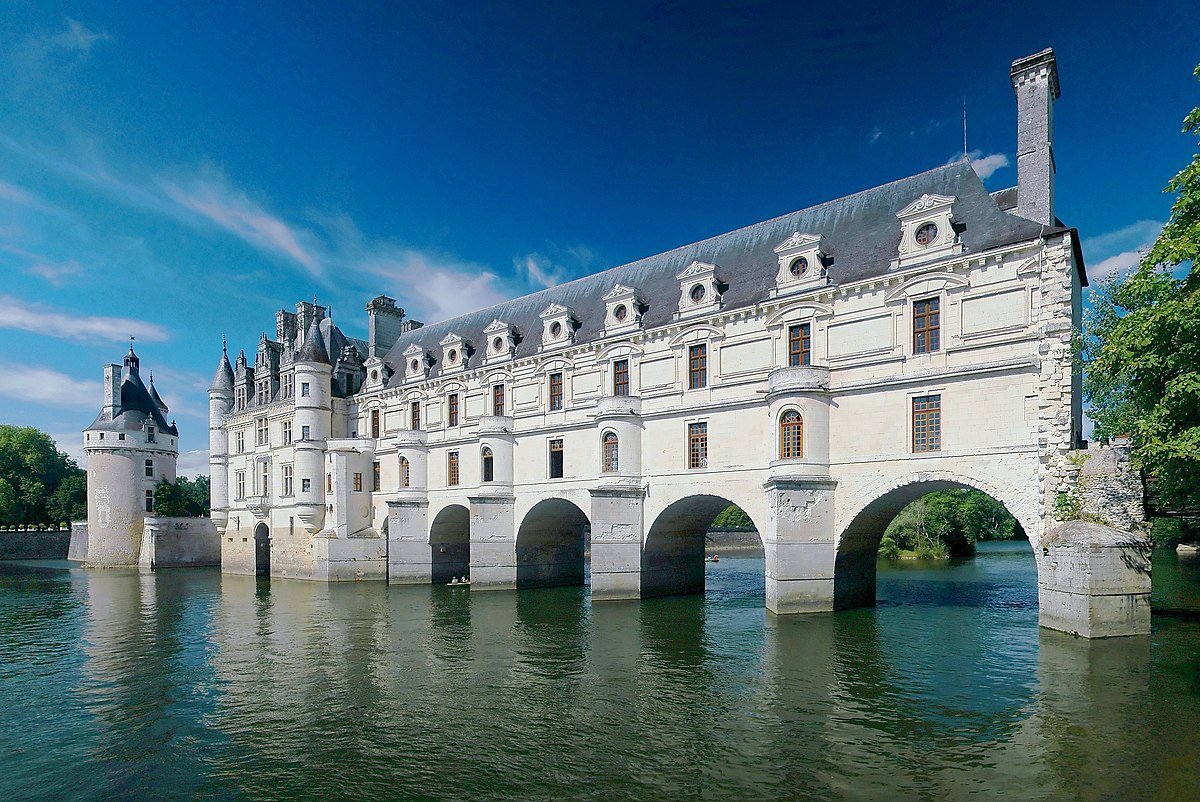 Location of the Northeast France

The newer French regions of Grand Est and Hauts de France are included in north-eastern France. It contains well-known vacation spots like Champagne and Alsace and runs from the English Channel to the Rhine. The region encompasses the majority of the First World War Cenotaph monuments, along with a large number of France’s magnificent medieval chuIt is a low-lying region primarily in the north it has a number of gentler sloping hills, a portion of the Ardennes hills. they reach into Vosges mountains and Belgium, located in the region’s southeast.

Although it is not widely recognized as a tourist destination, the northeast of France is a location worth considering for weekend getaways. South and southwest of Calais, Northeast France is an undulating region with several rivers, picturesque landscapes, and little villages like Montreuil sur Mer. The region’s core, between Lille, Dunkirk, Valenciennes is a gentler landscape, and that part of the region has some industrialization close to the Belgian border. However, this region of France has a rich history, including several majestic churches and two world wars memorials. the region contains the Champagne-Ardenne, in the vicinity of the ancient cities of Rheims and Epernay and is known for its renowned wineries and vineyards. Verdun, Metz, Nancy, and Strasbourg are just a few of the beautiful cities in this region of France. This also has the historic territories of Alsace and Lorraine, located in the actual north-eastern corner of France. It also has a lot of expansive coniferous woods on and around the Valleys.

The southern region of Lorraine is very rural, has meandering hills and several small villages, rich history towns that appear to have seen better days and because of this property prices may be quite low. Strasbourg’s historic city walls and a portion of Petite France. With its vineyards, hills, and steep-roofed, half-timbered buildings painted in a variety of colors, Alsace, located between the Rhine and the Vosges mountains, is a highly distinctive region. The European Parliament is located in Strasbourg, the city of Alsace. Alsace was historically a German-speaking area of France, and as a result, its culture and architecture have more in common with German heritage than with French culture. Old Strasbourg’s central area, situated on islands in the Ill River. This is arguably the most beautiful city center in north-eastern France. With its, waterways, enormous gothic cathedral, museums, historic half-timbered homes, and famous Christmas market, old Strasbourg draws tourists all year round.

Is a French chateau good investment?

If, considering an investment return that will grow overtime, look no further; a chateau would be it. French chateaus are currently in great demand. Being in France, which so happens to have a great economy and a marvelous property market, also adds onto the reasons you should probably invest in a French chateau. Compared to other types of luxury homes chateaus are comparatively cheaper. This could be because of the many reasons, one being the fact that there is a lot of land to occupy in the beautiful country of France thus land is happily cheaper there than anywhere else in Europe.

Why move to France?

The 2018 Expat Insider poll by InterNations found that 79% of those who relocate to the French are generally happy they relocated. with all that France holds within its borders, it is no surprise. In contrast, France ranked third for how much individuals valued family life, which should lessen the sting of uprooting your loved ones to a foreign country. Living in a country that ranks highly for childcare, medical care, education, and raising families will also be a benefit to you.  Additionally, the Eiffel Tower and Disneyland Paris will be so much closer to you. According to 2016 data from the World Health Organization, France also has a great life expectancy and an average lifespan of 82.4 years.

There is a reason France is the most visited country in the world; each corner of this beautiful land is something to see or has something to see. France has got endless attractions and great variety when it comes to its beauty, from breathtaking south beaches. The Alps’ unique skiing locations, the enchanted castles that once housed kings, natural wonders and the plentiful galleries located all over France. France also prides itself with the 44 UNESCO World Heritage Sites scattered around France. These vary from man made to natural wonders. France is conveniently located near other renowned European countries like Germany, Spain, Italy, Switzerland, and Belgium. The country also has Africa within reach so you can also visit Morocco, Algeria, or Tunisia if you are living there.

France has universal healthcare; you can get reimbursed for seventy percent of medical costs if living there. The system works by getting monthly fees from everyone living in the country. France is all about the good life and taking care of its people all the time, in France, if you have a chronic illness, you do not need to pay anything, that is because France will take care of everything for you. France welcomes every one of every make and age. For you to apply for the healthcare you need to have lived in the country for at least 3months, you need to register into the system; thus you should produce your form of identification (passport or ID) and a long term income and residence in France. when moving to France you do not need to leave your family behind; it allows you to add them into the healthcare plan too, but you will need to provide birth or marriage certificates to do this.

Standard of living in France

France compared to other countries, has good economic growth and a great standard of living. The working sector in France gets a better pay than most other countries in the world. Just like every other country in the world, France also has taxes which differ by employment, income and location. For those who will permanently relocate and work in France, you can file a tax return. Income tax in France is not according to what an individual earns but rather how much the whole household racks in in a month. For those who are supporting large families you are sure to be saved a lot of money every month because of this system. It divides households’ monthly income by the number of residences, taxing you. Living what is considered a good life in the streets of France is relatively cheaper compared to all the other western European countries and that reason alone should tell you how wonderful of a country France is for starting or relocating with your family.

You will be spoiled for choice at Winter Christmas markets in northern France.

One of Europe’s most renowned Christmas markets is located in Lille, so for anyone looking to combine a shopping spree with a family vacation in France, this market is ideal. Around 90 wooden chalets offering nativity figurines, Christmas decorations, and other distinctive items and handicrafts from France and beyond are here where you can ride the glistening great wheel and a classic carousel, take in moving carol concerts, and enjoy the rides.

Arras, which is centrally located between Amiens and Lille, is a popular tourist destination throughout the year because of its magnificent Flemish-style architecture, part of which is on the list of the UNESCO World Heritage. But around Christmas, when a Village de Nol with more than 60 chalets spreads over the Baroque Grand’Place, this city is at its most beautiful. Explore Arras’ amazing collection of unique businesses while admiring the window decorations in the area’s stunningly lighted Flemish-style buildings and lovely Christmas trees.

Smaller and more traditional than others, this Christmas market is located in the town square. It’s regarded being as one of the most stunning marketplaces, and while you’re here, you can take in the breath-taking art deco building.

French Weekend Trips Boulogne-sur-Mer, the most endearing display of everything that the French excel at—food, tradition, and camaraderie—is seen in Christmas markets in Northern France.

Besides its well-known cuisines and beautiful scenery, France is also well known for its all-year round festivals. People travel to France just for a certain season so they can experience some of these festivals, some would have visited the area to explore then the festival becomes the icing on the cake. These festivals are usually extravagant, so even if you go once, you will be sure to remember, they differ in locations, times, experience, tradition, activity below are a few.

A trip to the rose festival in Gerber oy, which is located about halfway between the Paris and ferry terminal of Calai, is a simple way to break routine. The event is held in the month of September annually, combines floral decorating and gastronomy against a backdrop of lovely gardens, half-timbered buildings, and ambiance-filled restaurants and coffee shops. Gerber-oy is considered to be France’s smallest town with a resident capacity of 115 people. it has beautiful history, gardens, cobblestone streets, a treasure trove of 17th and 18th century mansions, neighbouring forest, and quirks. Gerber oy lay dormant for generations until artist Henri Le Sidaner awoke it in 1901 by creating an Italianate Garden out of the remains of its castle and planted rosebushes all over the place which made it a marvelous artist attraction.

Hell from the north

This is a very tough cycling contest with a lot of challenges within. The race was first held in the year 1896 and now is held every second Sunday of April. Thousands and thousands of cycling enthusiasts make their way to the Picardy and Nord-Pas de Calais to watch support and be in the race. Everyone comes to the race for a different reason, but one they will all have in common at the end of the day is an unforgettable experience filled with beautiful memories.

A castle for sale in France